Noticed we cant import preset packs from the normal sublab into the XL version? Will there be a converter for this or?

Its pretty simple, if you open SubLab’s preset and right click on a pack you want to export…you will see a drop menu with the option “Export”. Click it and then export the pack to your desktop. 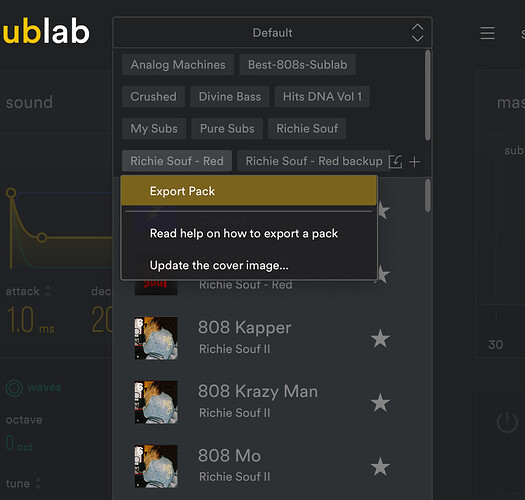 The open SubLab XL and click the import icon as in the image below. Then select the pack you exported onto your desktop from SubLab and it should now appear in XL.

Cheers thanks, I was going about it the wrong way

When sublab OG presets imported to sublab XL
does it suppose sound same from sublab? or its normal to be different
love 11 dimension preset but its not giving the original sound from sublab in XL
sublabs too much trouble so I rather use XL with original presets as it is
is there a way to do it? I followed this post to export and import

I’m wondering if this will work the other way? Will it be possible to export Sublab XL presets to use in Sublab? Obviously this might not work as there will be effects and macros missing in Sublab, but just wondering

Nope, it won’t work or at least not easily. XL is a total rewrite of the underlining code of the plugin.

@NBP as I mentioned above, SubLab XL shares very little code with SubLab. The presets should sound almost identical, there maybe some differences in levels but only a few dbs. If you are finding something that sounds totally different, then there maybe an issue. I’ll have a check of the 11 Dimensions in SubLab and do a comparison with the imported version.