Whats the proper way to get customer support and issue troubleshoot support? I have tried the various emails associated with FAW but no success in responses.I had success before using those same emails but not currently. I have issues ranging from the “SubLab808” discount code not working during the active promotion to issues such as the sampler part of a preset not saving.

Sometimes we don’t reply if it is late Friday until the following Monday. In any case, I get notifications when someone posts to the forum and usually can help fairly fast with specific technical questions.

On ‘SubLab808’, I checked the discount code and it seems to be working ok. We have a short article that shows how to apply the code to the checkout. What product are you trying to get a discount on with ‘SubLab808’?

Also, what version of SubLab have you installed? There was an issue where due to an installer problem, the ‘Imported’ folder was missing in ‘/FAW/SubLab/Samples/Imported’, we fixed this in SubLab 1.1.3-RC3, can you make sure that you have downloaded and installed this version? 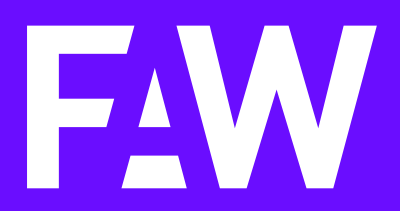 Where do I enter my coupon code?

The coupon code box is located on the cart page. But it can be easy to miss! The cart page is the first page you see when you begin the checkout process. If you can't find anywhere to enter the di...

I was trying to get a discount on sublab but already paid the full amount of 40. I installed the latest version with the “imported” folder in the samples directory but still cant import packs or save samples in the presets. If I make a preset, all the information is saved except for the sample part of the vst. Always shows the ignore or relocate sample message.

The version you downloaded, was it titled SubLab-Installer-v1.1.3-RC3.zip?

Also, when you drag a file into SubLab, is it copied into /FAW/SubLab/Imported?

Also what is your operating system and DAW?

On windows 10 and using Cubase 10.5
Yes, the samples show up on the imported folder. By when is the update, that allows you to use other drive letters besides C:, being released?

We’ve fixed this, however SubLab is on the operating table right now as we make the sampler stereo.

Is there a rough estimate of when this fix will be made public?

Leave it with me @Mxcn…we can try and release an early beta with a fix for only this but will need to schedule it in, earliest would be mid-next week.

What plugin version to you the most? VST, AAX, VST3?

VST 3 and that would helpful.

Ok, leave it with me, we’ll see if we can get you an early build of the VST3 that you can use.

Any word on the beta? @Gavin_FAW

I fixed all the issues relating to samples not saving and importing packs into sublab. I can work with this vst right now at it’s current state.