Does SubLab have a so-called keyscaling?

I have installed SubLab and am wondering, but hard to describe.

I have installed it because of it’s amazing bass sounds. But I used Kontakt before, and there was a feature that kept the sample with the same sinusoid wave. What do I mean? The higher note you play, the faster it plays. In Kontakt, you change mode from DFD (direct from file) to “time machine”. Then the sample changes pitch with keyboard, but keeps the speed. Is it possible inside the SubLab?

There is the same feature in SampleOne from Presonus, where you just turn on “Follow Song Tempo” and it keeps a sample playback speed constant.

For now, it seems that I am forced to record each sample from SubLab to a new WAV, then play it in SampleOne, which is way too uncomfortable.

yes, changing pitch without changing the speed. is it present in the SubLab? so it can be played as an instrument, live or studio does not matter

SubLab is a little different in that it is specifically designed for hard hitting sub-bass. In this context, you don’t want pitch shifting as it would stretch out the sample ( in our case a kick drum ) and mess with the transients and it would loose its punch.

Does that make sense?

Yeah, I understand you. So it is designed to make a sound and use it in another player?

I am new to this synth area. What can you suggest to play? I heard Omnisphere etc

What I suggest is checking out some of the videos on Youtube. You generally want to have something like FL Studio and load up SubLab and then play it with a midi keyboard.
Rather than using samples like a sampler does ( kontakt from NI etc) SubLab makes the sounds from scratch using mathematics.
Its a big topic but all the info in out there on Youtube if you have the time! Glad to have you on board! 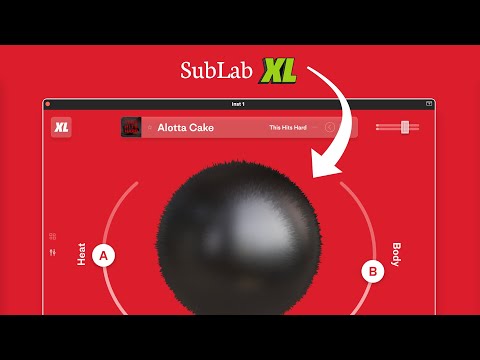 Thank you. What you said is what I am initially doing. But SubLab has a playable range of, like, 3 notes. If you go lower an octave, it just sounds terrible.