Doesn’t appear this has been resolved. I have the same issue despite ADSR durations not exceeding note lengths and hard note triggering on. Oszillo mega and Blue Cat Muti both report the same phase inconsistencies, clear RMS fluctuations when soloing kick and sub. Is there a solution to this problem as its almost unusable as a sub with these phase issues?

I’ve just tested 1.0.8 SubLab and also XL and when I play the same note over and over, it always has the same volume level, which means the phase is reset each time.

I do want to figure this out though as you are seeing something different. Do you have any glides involved?

No glide and only 1 note! Yes, the peak and RMS volumes are consistent when Sub lab XL is played in isolation. The volume fluctuation occurs only when it phases with the kick sample (external to Sub Lab). However when you view the Sub Lab patch running in isolation in Oszillo scope you can see the phase changing over time. If you view the same notes playing a sine in serum, with random phase off, Oszillo shows the expected static phase wave form.

I’m testing here in Logic with Oszilloscope, and have setup a midi note on, moved slightly back from the start of the bar.

As you can see, every time a new note comes in, the phase is reset and the note starts from the same position. I also had the pitch envelope applied.

What DAW are you using? Really want to find out what is going on here and fix it 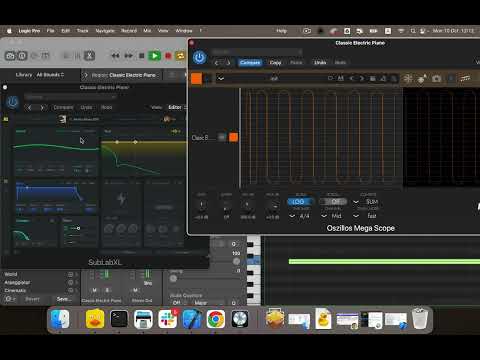 This is the same note played multiple times in Oszillos Mega Scope (I can’t post multiple images at once because the forum gives me an error, so I use links):

The note is short, with no other effects. Phase reset set to Hard Reset in Sublab XL:

I’ve download Reaper here…do you have PDC turned on for the track you’re using SubLab on?

Also, looking at the images, the phase seems to be the same in each image, but the volume is different and it looks like the envelope is applied.

I am using the default setting, which is “Per-Chain compensation”.

ok, that probably works fine, I’ll just need to verify here to make sure SubLab XL is reporting the correct delay to Reaper.

First time launching Reaper in a while, the new version v6.68 is what I’ve downloaded. Its pretty cool and seems to have come on a long way in the past years.

Just for your information. I checked again, and the issue is still there, but sometimes it makes some consecutive notes fine consistently. But as soon as you ‘do something’ (moving a window, close/open a window, add another fx) it starts again to fluctuate. I can reproduce it easily by moving a reaper window from one monitor to another.

Yes, the volume fluctuates but I assumed it is a phase issue because this happens when both the synth and the x-sub are enabled.

Still working through everything here @nerris 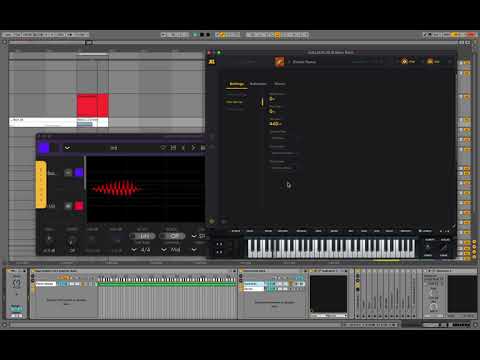 It would appear that the phase of the wave produced by sub lab is inconsistent despite the re trigger modes. I’m using Ableton live 11.

@Gman I’ve sent you a beta version to test, if you can have a check…

The XL Beta 1.0.1 seems to have resolved my phasing issue. Thanks 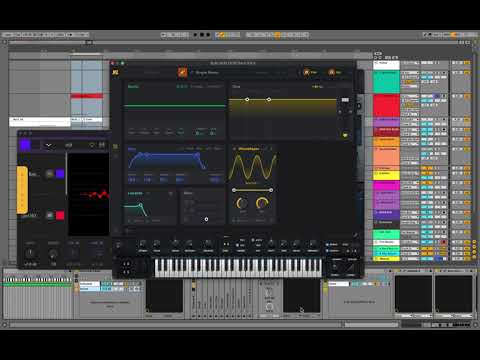 I found something that I don’t understand, and I would like to let you know just in case is another problem. When I mix the synth with the sub, I would expect a bigger amplitude, but it lost power. Look at that:

The video is silent, but you can see the oscilloscope. Is this ok?