We’ve been working on the sampler the for the past while and have fixed the reset phase issue. It can also load stereo samples.

One question that has come up in the past is if we give the ability for people to not apply the main blue volume envelope to the sampler. That way samples that already have their own attack curve can travel through without having the curve of SubLab’s envelope applied.

The only issue I can see with this is around long samples. It’s almost like you would want to bypass the attack, but then apply the sustain and release of the main blue envelope. Have you any thoughts on this?

We have a beta for testing soon, which we can send over as well.

Hey Guys, I’d like to see global tuning in Sublab. The option to change from a=440!! I’m experimenting with alternate tunings in my productions. I usually end up using another vst in those cases. Thx.

We have a global tune @VegasJ, it was added in v1.0.2. If you click the bottom bar glide button, the window will appear, with global tuning at the top of the menu 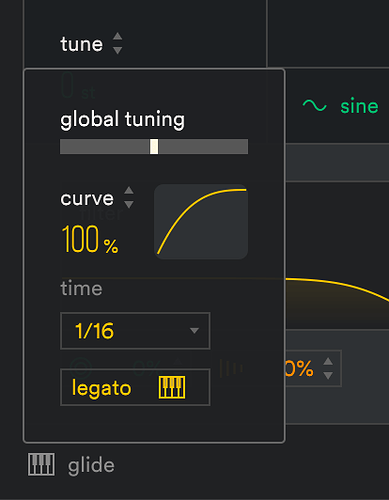 Yes, but it’s only in semitones. For example: if you want to tune to a=432, you need to tune to -0.32 semitones. But the current global tune will not let us make fine adjustments in decimals btw -1 to 0. Thx.

Hey @VegasJ, let me have a look and see if it is possible to maybe right click and allow for non-semitone adjustments…

I had posted something about 432Hz, but after checking the comments on this article it went on for pages! https://ask.audio/articles/music-theory-432-hz-tuning-separating-fact-from-fiction

Regarding the main blue volume envelope being applied or not… The editor/details panel for the sampler already has fade in/out controls for the loaded sample, which is essentially a simple linear attack curve and release curve. But I can definitely see some producers wanting to have a more exponential or logarithmic release envelope on the tail of the sample, to match the release of the synth and x-sub layers.

So, ultimately, I wonder if the best compromise would be to:

A) Give an option in the Sampler section to ‘Ignore vol ADSR’, which would entirely remove the blue ADSR envelope from acting on the entire sample

and then to ALSO

B) Change the allowable range of ‘attack’ values for the blue vol envelope to reach all the way down to 0 ms. In other words, give users enough rope to hang themselves with sudden non-linear amplitude changes? Just because you can go down to a 0 ms attack doesn’t mean it’s always a good idea? I’m thinking this would be pretty harmless because if a user hears “clicks” at the start of every new note gate, I’d think the typical audience would know to give it a little bit of attack time to remove that click?

Or… now that I’ve written it out, Maybe just option B alone would satisfy all needs?